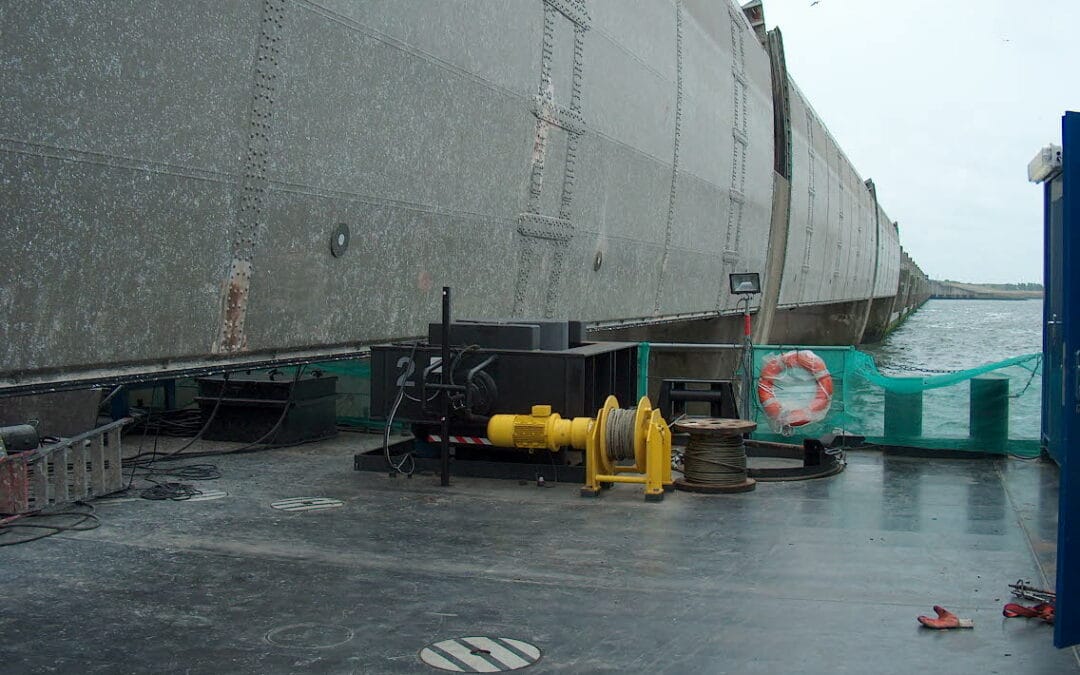 To carry out the maintenance work, the gates of the dam were raised one by one. This left room for the jack-up platform to take up position under the gates. Due to the tides on the sea side, it was unsafe to carry out this job afloat. By raising the jack-up platform above the water, whereby the legs were equipped with elephant feet, a stable surface was created where the cherry pickers could be safely used.

The result: a very successful project that took only 3.5 years instead of five. Each slide was tackled in four parts, with the jack-up platform having to be repositioned each time. By starting this work during the breaks and because all the teams were well attuned to each other, the work could be resumed more quickly each time.

Other projects where the jack-up platform has been used 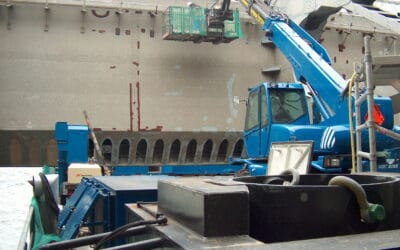 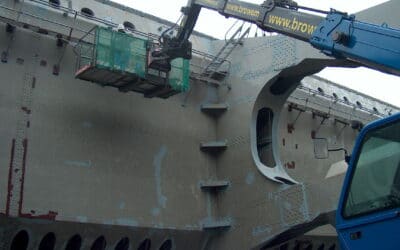 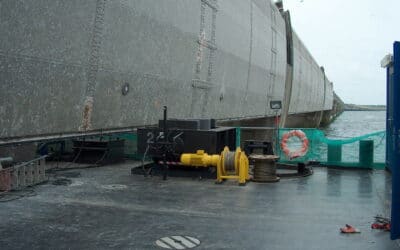 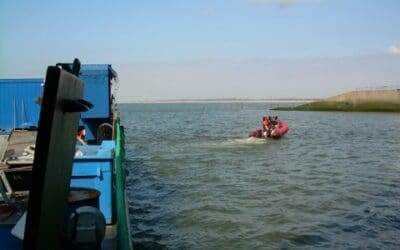 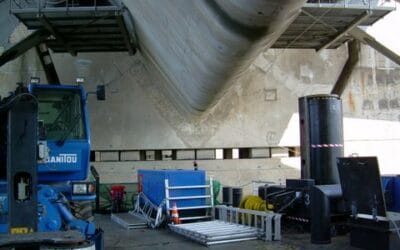 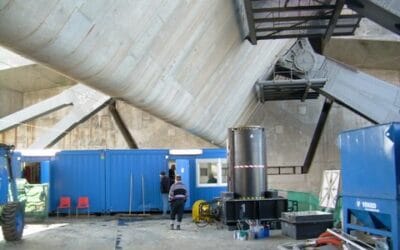 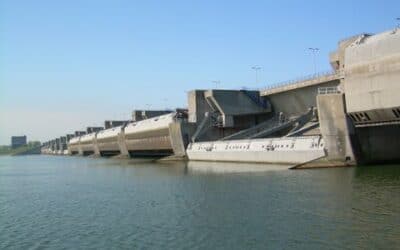 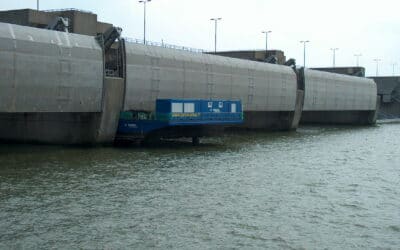