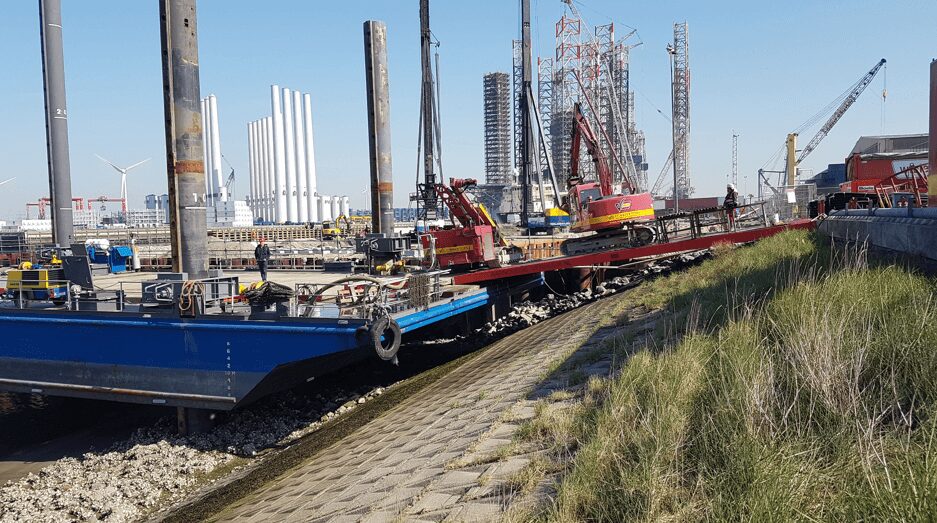 The anchors for the new quay had to be drilled diagonally through the combi wall. As it is impossible to drill at an angle on tides, Browema's jack-up platform served as a stable base during the work.

The sloping ends meant that the jack-up platform could be positioned as close to shore as possible. The bulkheads that formed the bridge to the shore were suitable for driving equipment over, and some of the anchors were also drilled from these bulkheads.

Other projects where the jack-up platform has been used 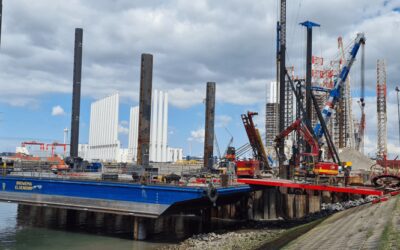 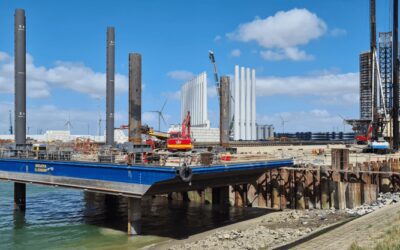 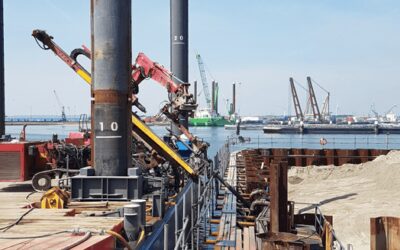 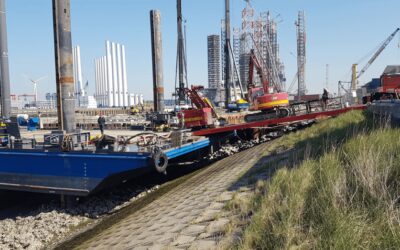 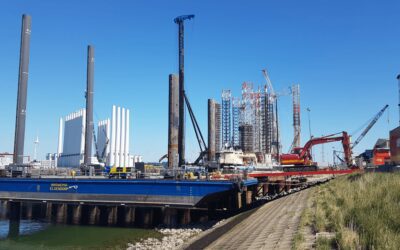 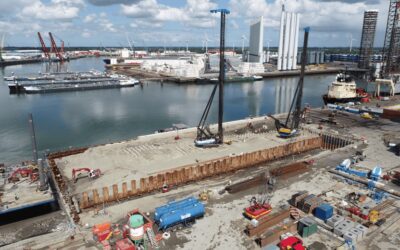