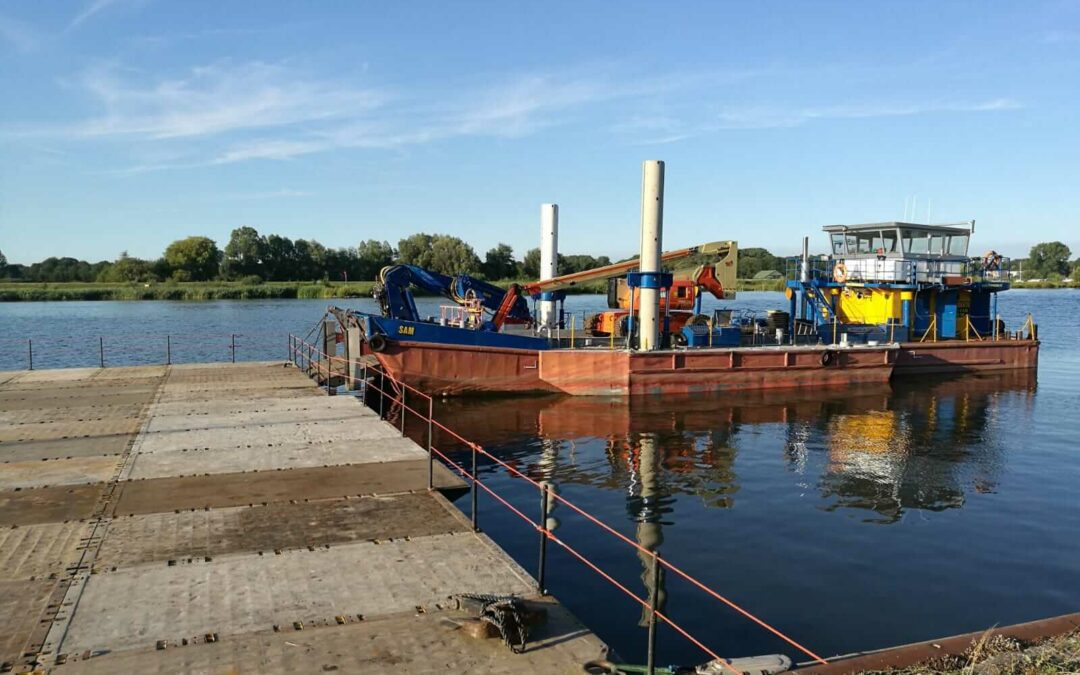 Poorly accessible places can be reached with the Sam. Equipment such as cherry pickers and tractors are driven on and off the ship by means of the tailgate. The hydraulic struts ensure that the movements are removed from the ship.

In this way, stability is created so that work can be carried out from the deck, for example with cherry pickers. The crane on deck can also be used for work activities. The 88 ton/m crane with jib can lift 1300 kg over a length of 27 metres.

Thanks to the powerful CCR2 engines, the landing craft can also serve as a pusher craft. An extra advantage of Browema's landing craft is that - according to regulations - it can be sailed by one person.

The landing craft is the ideal equipment for this work:

Painting work on bridges and other structures

Repair and maintenance work on bridges

Bringing project parts into position with the deck crane

Can function as a pusher 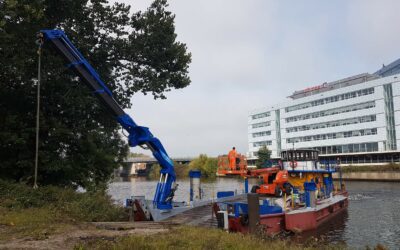 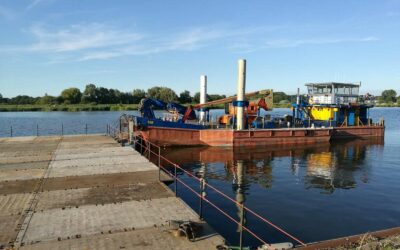 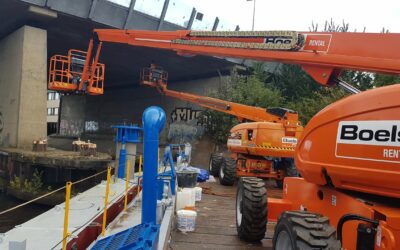 Deployed in the following projects:

Combining equipment is no problem. During the installation of pipes, both the jack-up platform and the landing craft Sam were used.
More information

The aerial platform was securely positioned on the jack-up platform so that the asbestos-containing sheets of the conveyor belts on the pier could be safely replaced.
More information

For the painting work on the bridge in Kampen, all possibilities of Browema's landing craft Sam were used.
More information

For the concrete repair of the bridge in Zwolle, the spud poles of the landing craft provided the necessary stability.
More information

On the inside and outside (on the sea side) of the lock, the old footbridges were replaced with the help of the landing craft.
More information

The equipment for the pruning work was lifted on board the landing craft in the winter and taken to the Sassenplaat.
More information
Manage Cookie Consent
We use cookies to optimise our website and our services.
Manage options Manage services Manage vendors Read more about these purposes
Preferences
{title} {title} {title}