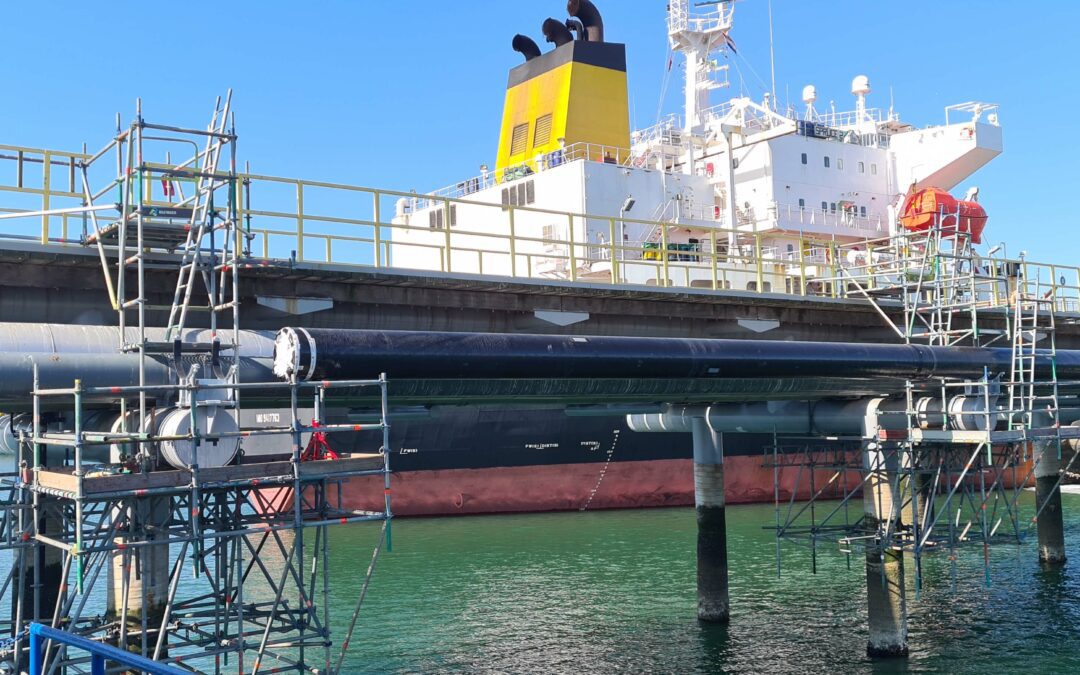 Jobs that require the use of different equipment are no problem for Browema. During the installation of the vapour return pipeline at the Vopak terminal in the Port of Rotterdam, both the jack-up platform and the landing craft Sam were used.

All the tubes - varying in length up to 30 metres - were lifted on deck of Browema's jack-up barge at Van der Vlist in Moerdijk, after which the jack-up barge was transported to Rotterdam by landing vessel Sam.

Since the depth at the Vopak terminal is about 17 metres, the jack-up barge was used to create a stable base for the lifting operations with the spud poles. The pipelines were lifted into the right place with the crane and its jib from the working vessel.

The pier on the east side has been out of operation during the works. It was important not to delay the work. The positioning of the pipes was completed within the stipulated two days, as agreed. 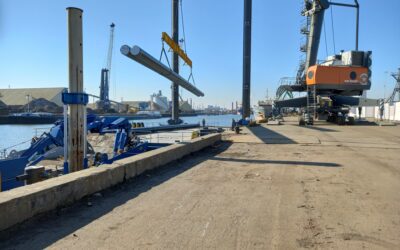 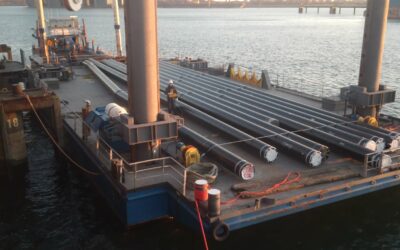 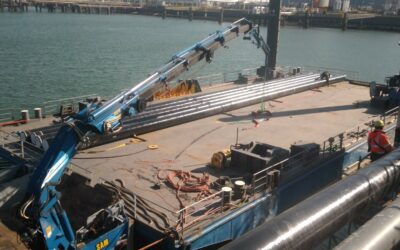 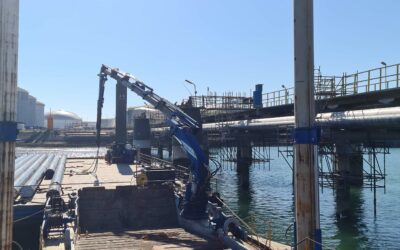 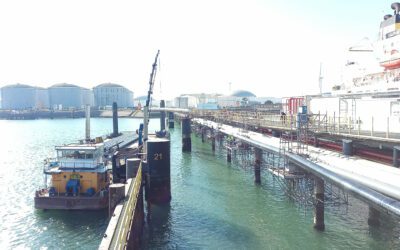