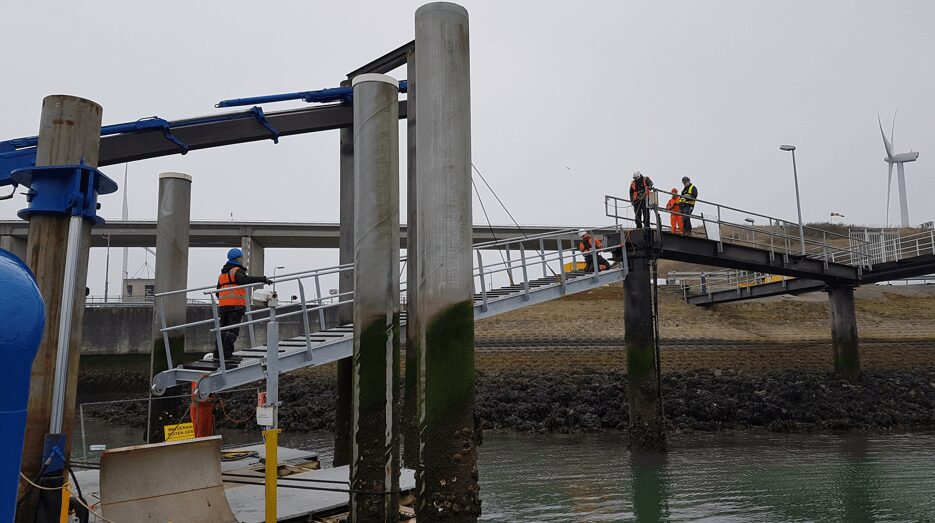 Landing ship Sam was conveniently deployed in the Roompot. The surface of the deck offered sufficient space for the new footbridges for the Roompot lock. Both on the inside and the outside (on the sea side) of the lock, the old footbridges were replaced by brand new ones. The deck crane kept the footbridges neatly in position so that GSB could assemble them.

Other projects where the landing craft has been used 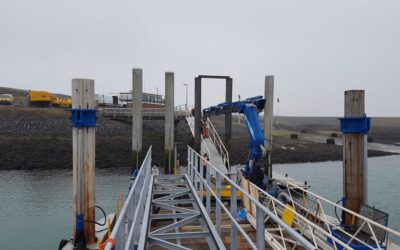 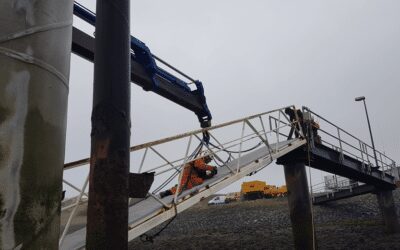 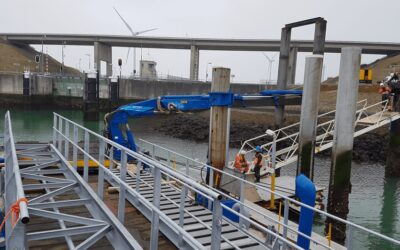 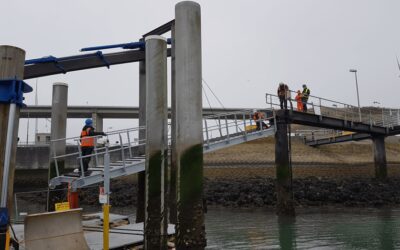 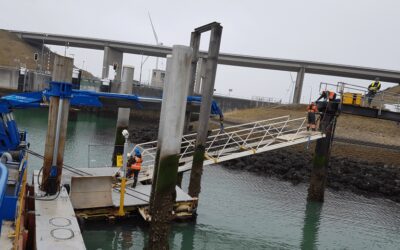