Landing craft and diver retrieve hatch blown out of the water

Last week's storm also caused damage on the water. Within the framework of the clean-up duty, diving and salvage companies W. Smit and Browema were called in to excavate a hatch from a push barge at Het Bergse Veld, the anchorage near the Moerdijk Bridge.

Yesterday morning, the container with W. Smit's equipment was loaded onto Browema's workboat, after which the companies jointly set course for the anchorage. W. Smit's diver entered the water from an auxiliary boat, accompanied by two colleagues. As soon as the hatch was above water, Browema's landing craft Sam picked up the hatch.

Eventually, the landing craft delivered the hatch to the Amercentrale, where another hatch that had been floating around had to be moved. Both hatches are being repaired so that they can be used again.

Although hatch covers of pushbarges and inland vessels can withstand the necessary forces, the storm was so fierce that these two hatch covers were blown away. Browema is pleased that in this way - together with W. Smit - it can prevent such materials from causing further damage to the environment and other ships. 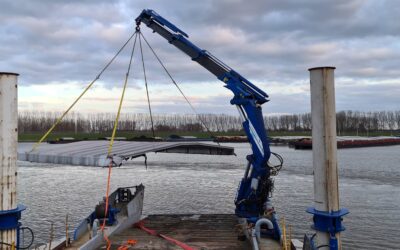 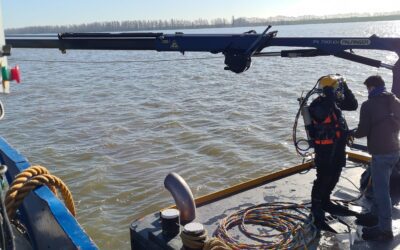 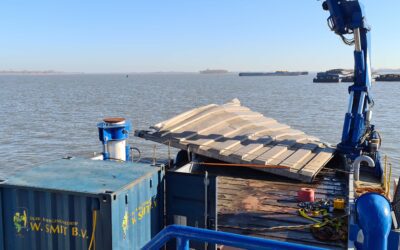