The Haringvliet Dam protects the Dutch delta against the sea. Therefore, the Department of Waterways and Public Works has always placed maintenance high on its list of priorities. Browema is currently assisting engineering firm Westenberg in carrying out inspections of the concrete of the Haringvliet dam, which is being commissioned by the Department of Waterways and Public Works. In three weeks time, the concrete of the five-kilometre-long dam will be checked, and the necessary future work will be mapped out.

To ensure that the inspections proceed smoothly, Browema deploys its landing vessel Sam. This working vessel can sail under the dam and offers sufficient space on deck for the aerial platform. Despite the fact that the inspections take place on the river side as much as possible, it is important to be able to work safely on deck with the aerial platform. The Sam's spud poles ensure that the lateral movements are taken out of the work vessel so that a stable surface is created.

In the run-up to the inspections, Browema inspected the Sam landing vessel and made minor adjustments at its own yard in Moerdijk that were necessary for the project to go ahead. For example, the spud poles were shortened to 11 metres so that the Sam can manoeuvre under the dam over the entire section. In addition, extensive calculations were made in cooperation with an engineering firm. For example, the maximum pressure that the cylinders can exert on the spud poles, which are supported under water on the concrete floor of the dam, was determined. Stability calculations were also made for safe working on deck with the boom lift.

In addition to its function as a storm surge barrier, the Haringvlietdam also functions as the 'crane of Europe'. By opening and closing the 34 sluices in the Haringvliet dam, the volume of the incoming Rhine and Maas water is regulated. In addition, at high tide, the sluices are 'opened ajar' to create a more natural transition between fresh and salt water, thus improving the ecological functioning of the Haringvliet. The sluices and gates will be operated 24 hours a day.

Through regular maintenance, Rijkswaterstaat ensures that the Haringvliet dam and the locks remain in top condition. Browema and its jack-up platform were previously involved in conserving the 34 gates in the Haringvliet dam. This project was completed in 3.5 years instead of the set time of five years. 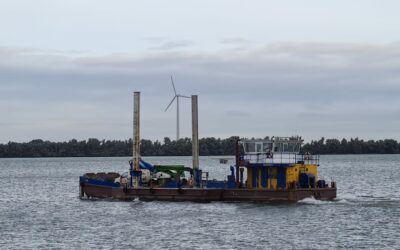 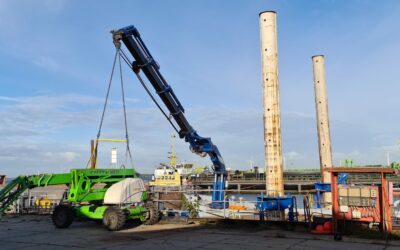 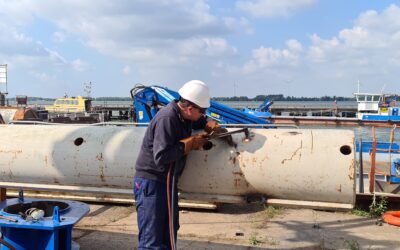 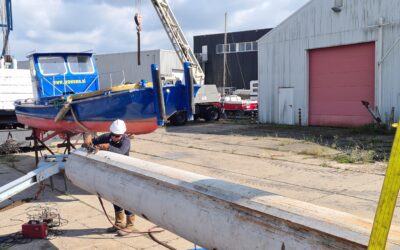